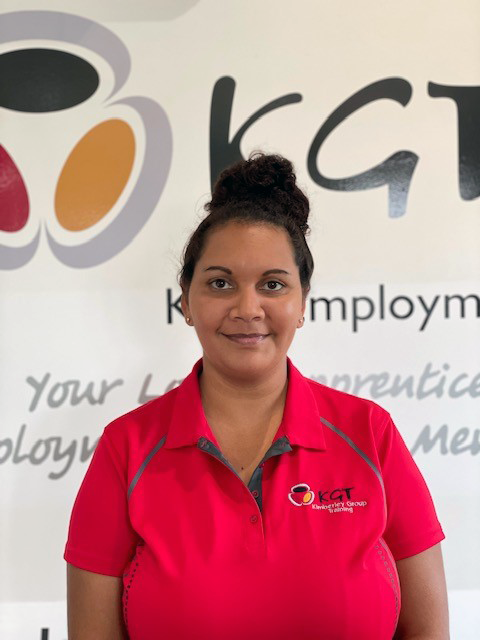 SKY IS THE LIMIT

The success story of Linda began in May 2021 when she was referred to Kimberley Group Training (KGT) by one of our top partners, East Kimberly Job Pathways. She had completed a course in hospitality under the Kimberley Way Assured Quality Service Program.

According to Linda, the course paved her way in the hospitality industry since the course had upskilled her customer service delivery and her understanding of business support. But little did she know that the future was preparing her for bigger things.

She soon joined KGT on a labour-hire basis as a kitchen assistant. A position she enjoyed and gave her the confidence to manage time resources and interact with KGT clients. Her customer service skills, reliability and efficiency, proved valuable to KGT. Within a few months, she was promoted to an Administration Support Officer role. A role she enjoyed, but the future was preparing for more responsibilities under the leadership of KGT.

Because of her organizational skills and interests in payroll, Linda was offered to enrol in the KGT trainee program as an Accounts Administrator, responsible for payroll, payroll, debtors, creditors, and account reconciliations. She is currently studying for her Cert III in Accounts Administration, working alongside KAS Accounting Services and KGT as a trainee.

She appreciates the support she has been given by EKJP Employment Team, KGT Staff, KAS Accounting and North Regional TAFE. She is grateful for the hard work done by local educators and employment agencies to inspire local community members to empower themselves.

Linda has learned to focus on her goals and prioritise the important things in her life. It has allowed her to be independent and proud of where she is now and where she wants to be in the future.

She will complete her Traineeship in June 2022 and wishes to pursue further studies in accounting. The sky is the limit, Linda. All the best. 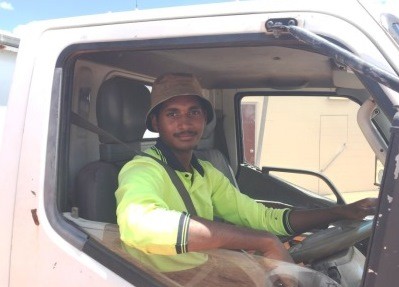 Vroom Vroom…Wilfred Cox revs up his way to success

A former Kununurra Clontarf Academy graduate, Wilfred experienced a path full of twists and turns before deciding to pursue a career pathway in Carpentry and Joinery. Originally offered an apprenticeship when straight out of year 12, he was not able to continue on his trade back then. In Wilfred’s words “I was not quite ready and did not know if that was for me. I wanted to have other experiences so decided at that time I had to move on”.

In the years that followed, Wilfred had the opportunity to live different experiences. While living in the remote WA outback town Halls Creek, he came to the realisation that he needed to further himself if he was to become a role model to his family and achieve his goals. “I saw many of the local youth in Halls Creek just hanging around and no aspirations. Moving back to Kununurra and pursuing an apprenticeship as a tradesman became my goal”.

Wilfred is a fantastic example that pre-employment programs do work. In remote towns, they offer intensive one-on-one support to disadvantaged participants who need it the most. No doubt Wilfred (locally know as Willy) has revved up his career to new heights.